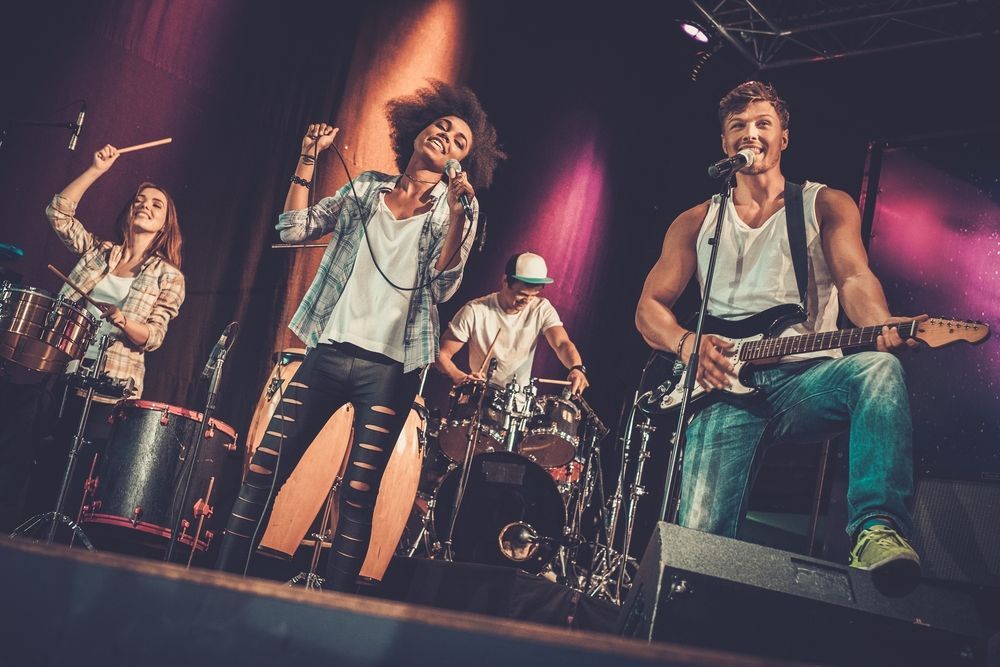 Know Your Expertise in an Instrument

When you want to start a band, you have to have a general idea of what kind of band it will be. Ask yourself what kind of music you’ll be playing and what gigs you want to do most often. Answering these questions is important because they will help you determine what instruments you’ll need and what kind of imagine you should go for.

Before you move forward, you also must question your expertise. If you already play an instrument, think about how good you are at it. Would you be able to play it for strangers without messing up because of nerves? Can you learn to play just about any song? When you figure those things out, you’ll know whether you need more practice. Playing an instrument takes years to master, and that’s why questioning yourself first is imperative.

Look for Your Bandmates

Music bands always consist of two or more bandmates, unless you are going for a solo project or a one-man band. So, when you are finished thinking about your expertise, the next step is looking for bandmates. 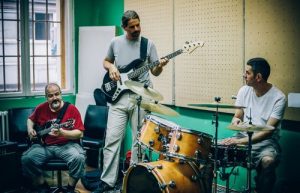 Again, think back to the kind of band you want to form. It’s easy to draw inspiration from other groups if you’re unsure about the kind of instruments your bandmates should be playing. Take a look at other bands’ compositions and figure out what kind of sound you want.

If none of your friends are musicians, don’t worry. There are plenty of ways for you to connect with absolute strangers that would also like to start a band. All you need to do is browse the internet, put up some flyers around your hometown, and hope for the best.

Set Goals and Directions With Your Bandmates

Having some goals in mind is important when forming a band. You don’t immediately have to shoot for the stars. Dreaming big is fun, but making it in the entertainment industry can be difficult. So, setting smaller realistic goals can help drive your band forward. That’s why you should sit and talk to your bandmates once you think the band is complete.

But what could be the goal of a band? Well, simply think of the direction you want to go. That could be recording some albums, playing in certain venues, etc.

Explaining your vision to your bandmates is essential because everyone should be on the same page. If your bandmates share your passion, reaching goals will be so much easier. In the end, all that matters is that there’s clear communication with the rest of the band.

Jam Together to Adjust Compatibility

Once all of your goals are set and you know which direction your band will take, it’s time to show your bandmates what you can do. Jamming won’t only strengthen your bond as a band, but it will help you practice your instruments together. All of the band members will know how to play solo, but it’s different when all instruments need to complement each other.

This is why you can’t book a gig immediately after forming a band. You need to figure out if everyone is compatible or if you need to make some adjustments. As you know, practice makes perfect, so taking as much time as you can for band practice will only be helpful. This is the way for bandmates to become more compatible too, not just the instruments.

Set Up Your Band’s Profile

If everything checks out, it’s time to set up your band’s profile on social media. Nowadays, social media is the best way to advertise just about anything. Sure, you can put up flyers again and let people know when and where your next gig will be. However, having a band profile will help others keep up with you.

People are naturally curious, so they’ll want to know what the band is up to every day. Plus, this is a great way for others to familiarize themselves with the band members and create a personal bond.

Having social media profiles will not only draw more attention but keep your audience on their toes. You can drop small updates here and there to create excitement, and that will make people want to come to your gigs even more. To summarize, social media is a tool that you shouldn’t miss on utilizing.

Look Up and Hire a Manager

How to form a music band without a manager? You simply can’t! As the band grows, you won’t be able to keep up with all the demanding aspects of keeping it alive. There’s a lot to managing a band, and everyone’s already busy with constant band practice. That’s why you should look to hire an experienced manager.

Having a manager will help you build connections and get you places. Plus, it will take a big load of work off your hands, and you’ll be able to fully concentrate on perfecting your craft.

Your manager will be in charge of running your social media, advertising the band, finding you gigs, etc. Unfortunately, many bands don’t have the funds to pay a manager. If you are on a budget, try running a band without one for a while, but make hiring a manager your top priority.

Perform and Have Some Gigs

The best way for you to put your band on the entertainment map is to perform. When you’re a new band, it might seem like gigs are hard to come by.

However, you just need to be persistent and not knock down any opportunities. In the beginning, you may not play at the fanciest venues, but every band must start somewhere. So, seek out even the lowest-paid opportunities because they will be the ground you’ll build your career upon.

Performing doesn’t only help you build your audience, but it earns you funds. Having a constant influx of money will help you keep the band alive. Playing in a band as a hobby is fun, but you could turn it into so much more. If you’re serious about your band making it big, you need to work hard and take any opportunity you can. You never know where your next gig will take you.